Global, the Media & Entertainment group is synonymous with pushing boundaries. In 2016, in partnership with the University of the Arts London, it opened The Global Academy, a learning environment specifically tailored to educate 14-19 year olds in broadcasting and digital media. 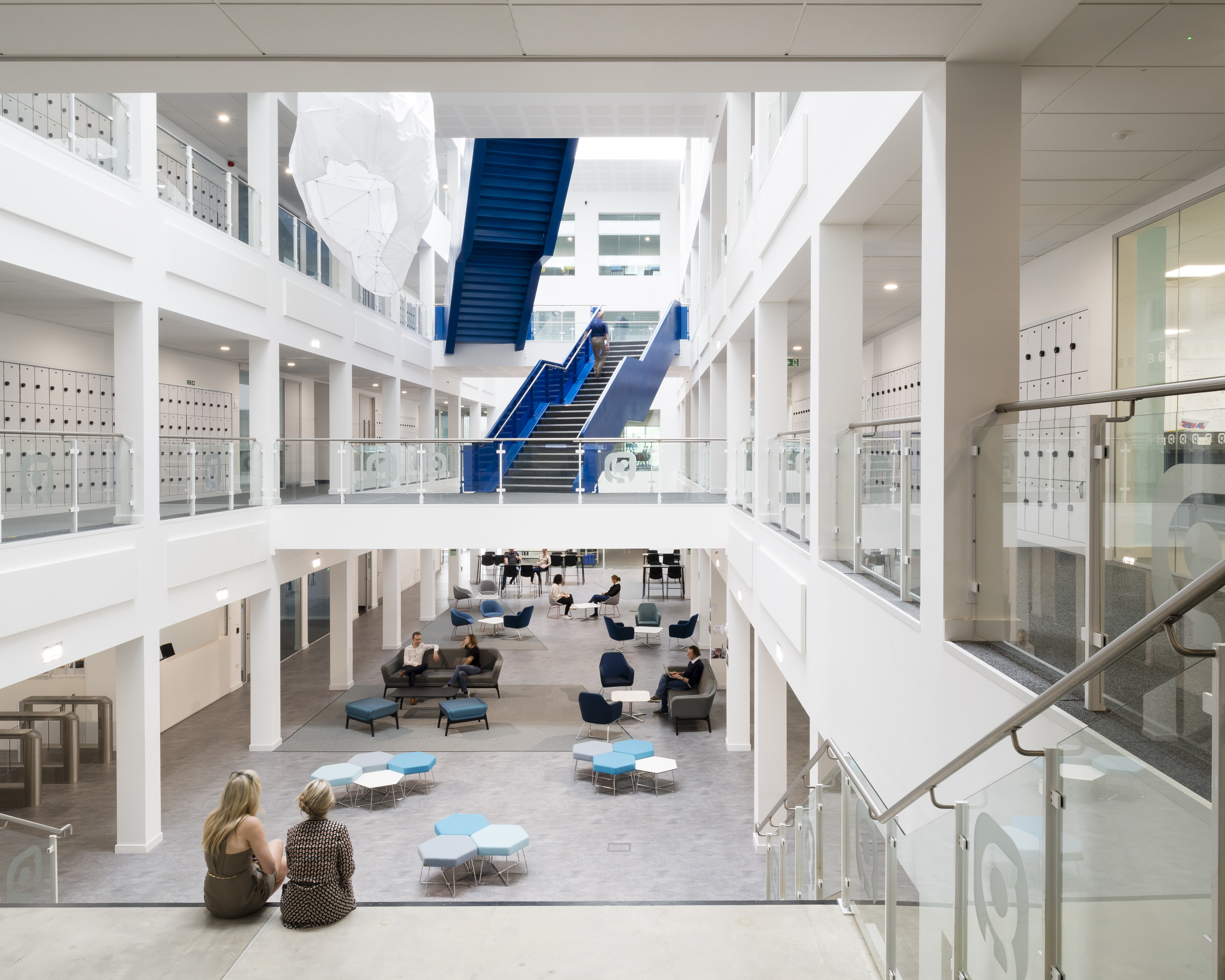 With a challenging programme of delivery and a constrained site, Global and the Department for Education turned to modular construction experts Portakabin to design and build a state-of-the-art building; one which would offer the students the right physical environment in which to grow, learn, develop and live out The Global Academy ethos as a University Technical College.

University Technical Colleges aim to develop the professionals of the future by focusing on one or two specialisms alongside a broader curriculum. It’s a new way to learn; by working with local universities and employers to develop curriculums that challenge students and allow them to get real-life learning experience via employer projects. Students benefit not just from the very best facilities and equipment used in the UTC’s specialist industry, but also from hands-on mentoring from professionals working in that industry. 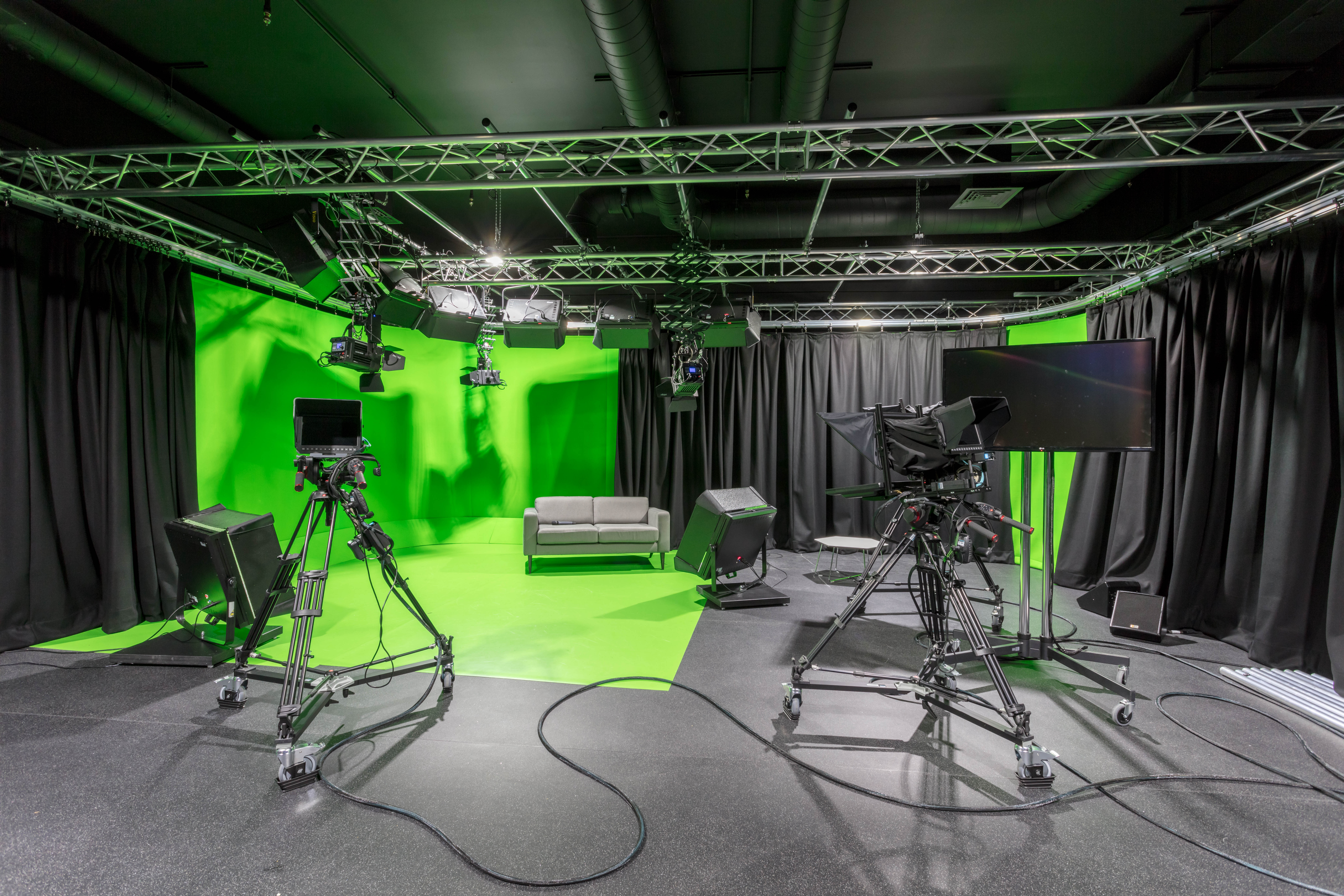 To create the building traditionally with bricks and mortar, would have taken two years or more so a specialist hybrid modular design was drawn up by Portakabin in partnership with Surface-to-Air architects in order to build the structure in just 12 months so that the college could open in time for enrolment for the 2017/2018 academic year. With modules constructed at the Portakabin manufacturing facility in York and installed in less than three weeks, the speed and efficiency of this modern approach to building played out on the seven hectare site of The Old Vinyl Factory in Hayes, West London.

This time last year, Global had finished the first of its two-year cohorts. From this, 85% of students went on to work or train in creative media. A resounding success not only for Global but also for the UTC pathway and something that could only have been achieved thanks to the space, facilities and speed of creating the building.

With the college now firmly embedded in the media industry, it has had nothing but positive feedback. Colleagues from across the industry including BBC, Sky, Channel 4 and Facebook have been waxing lyrical about the building, the students’ surroundings and the impressive space and technology available.

Most recently, Channel 4’s ‘The Circle’ used the building and its facilities as part of its production, with students being given on-the-job training in production skills. Celebrities such as Strictly Come Dancing’s AJ Pritchard have used the building and its facilities and the students have had the opportunity to involve themselves in these real-life projects.

Thanks to the building’s creation, its students and graduates are moving into employment and training that they are already well prepared for and now the college is being recognised by many in the industry as a centre for excellence.

Since the Duke and Duchess of Cambridge officially opened the Global Academy in 2017, we’ve been building the evidence to show just how the building has impacted the learning and development of our students. It really stops people in their tracks when we explain it is modular and was made by Portakabin. The roof-lit central atrium, a sculptural staircase, glazed walls, all the natural light, high specification acoustic flooring, sound-proof booths; these aren’t the types of thing people normally think of when you talk about modular buildings, but they are all structures the Portakabin team delivered. Thanks to them, we didn’t have to compromise on our requirements and because of this, the students have benefited from an amazing building.

Get your free brochures

BOOK
GET A QUOTE
Back to Top